Was Red and Green, Now Yellow

Front profile of the Honed Rat surrounded by spiked circle

The Scramblers are created when Clan Rigens decides to invest in a minor team. Soon, the Scramblers become the top team in the span of a few months. For five consecutive years, they hold the championship title of the Warpstone Bowl, an all-Skaven tournament[1].

The Scramblers proved to be a very formidable team when, in 2477 and 2478, they became the first team to win consecutive Blood Bowl Championships (XVII and XVIII respectively). For several years, they didn't accomplish much, and lost popularity until the hired a new head coach, Sandch Blackpelt, and in 2493, won the Chaos Cup, the Spike! Open, the Dungeonbowl, and the Blood Bowl Championship (XXXII), making them the first team in history to win all four major tournaments. They were given Spike! Team of the Year Award in 2493[2].

Part of their success in 2493, was due to the introduction of Rat Ogres to the team, after better breeding from Clan Moulder gave the Rat Ogres more of an ability to think and follow directions[1].

In 2494, they won the Blood Bowl Championship against Da Deff Skwadd, giving them wins consecutively twice in Blood Bowl history[3].

In the opening game of the '94/'95 season, a catastrophic match between the Doomfire Warphunters and the Scramblers led to 14 casualties. Both sides were found to have dug multiple tunnels under the pitch before the start of the game to gain an edge against the other. At kickoff, the entire pitch collapsed. The Warphunters were decimated, but the famous Scramblers' resilience and adaptability allowed them to continue to compete[1]. 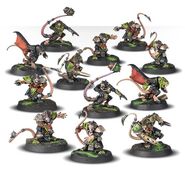 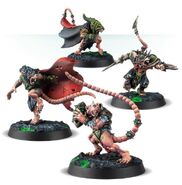 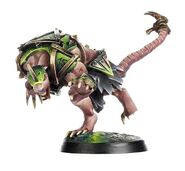 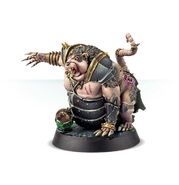