The Blood Bowl universe is an alternate universe of Warhammer Fantasy. Therefore, the maps are identical save for authors adding locations in their literary works. You can find wonderful and numerous maps of the Warhammer World including maps of cities at: Gitzman's Gallery.

The New World traditionally includes Naggaroth, home of the Dark Elves, and Lustria, home to the Lizardmen and Amazons. 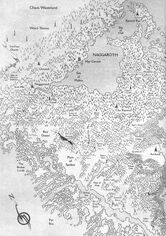 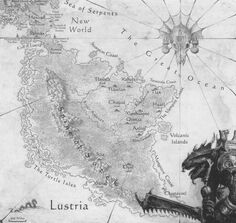 The following maps include various areas not traditionally placed within the "New World" or "Old World" designations. Examples would be Araby, Ulthuan, Albion, and lands east of the World's Edge Mountains.

Land of the Dead