Founded in 2418, at the now famous Tumble Down Dick's Coaching Inn, the Greenfield Tumble Down Dicks were organized and played against a Human pub team out of Pfunzig. The Humans pummelled the Dicks, especially since most of the Halflings cowered by grabbing onto the grass as tightly as they could[1].

Officially changing their name to the Greenfield Grasshuggers, the Halflings began to take themselves more seriously and implemented training regimens and programs that would not just help them at a buffet table, but on the pitch as well. In 2434, the Grasshuggers became the first, and only, team to score two touchdowns without the ball touching the ground, thanks to key Halfling flings from Deeproot Strongbranch[2].

The Grasshuggers had no dreams of grandeur playing in the larger tournaments, but they would become the NFC Champions in 2476, thanks in part to a crippling player's strike in the AFC. This left the Grasshuggers and the Creeveland Crescents as the only two teams left. However, the Crescents defeated the Grasshuggers 3-0 in the final[3].

Tragedy would befall the Grasshuggers in 2482 when they played the Asgard Ravens in a match that holds the record for most players injured in one match. After the 734th corpse was dragged from the field, it became apparent that the NAF needed to step in and limit the number of players on the field to Nuffle's scared number, 11. From this point on, only 11 players maximum may take the pitch for each team. Criticism of Coach Omo Snuffsniffer, cited his poor leadership in continuing to substitute players for those that came off. Soon after, Snuffsniffer was fired[3].

After the collapse of the NAF in 2488, the Grasshuggers returned to the league and restarted their dreams of mediocrity, especially since they adapted well to the new, open competition in Blood Bowl[2]. 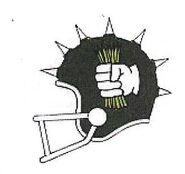 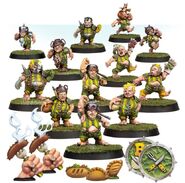