Valahar Gallante created the Elfheim Eagles by combining two former teams, the Dar-Ellerath Beechtrees and Ashvale Valar. Both teams had been struggling on and off the pitch between getting wins and being financially solvent. Gallante was able to purchase and deal to get the two owners of the teams, respectively, to combine and form the Elfheim Eagles[1].

In 2471, the Eagles would be banned from participating in the Chaos Cup when Orcidas took over as sponsor. Chaos Cup organizers claim that in order to play in the competition, every team must have at least one chaos-tainted player, while other rumors pointed towards Orcidas not allowing the Eagles to play, simply because they were Elves. In a court ruling with the NAF, Orcidas was found in fault, and the company did not renew its sponsorship the following year. The Elfheim Eagles, along with their city decided to never participate in the Chaos Cup ever again due to the insult received[1].

An investigation began after Blood Bowl XX in 2480, because of the nature of the game. The Elfheim Eagles played Nurgle's Rotters for a win, but did not receive any injury from the Rotters. Magic detectives found that there were other factors that may have led to a win: use of Elven high magic, animated grass, a huge vat of antiseptic, and a covert team of troubleshooter found to be hired by the Acne-Clear Corporation. The investigation came back inconclusive when detectives would keep dying after interviewing the Rotters' players. Since no decision of guilt could be placed, the Elfheim Eagles would walk away with a Blood Bowl Championship under their belt[1].

Six years later, having no major win under their belt, the Eagles win the Spike! Open in 2486[2].

2488 - present: The Younger Swift and the Hiatus

In 2484, the Elfheim Eagles were captained by Valen Swift, the younger brother of Lucien Swift, a thrower who had been leading his team to multiple winning streaks[1]. By 2491, both Swift brothers left their teams to take a hiatus and have lent themselves out as free agents[3]. 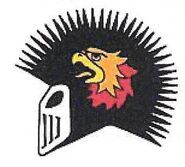 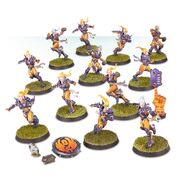 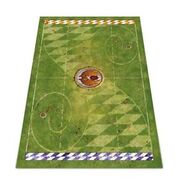